Areca Books will be publishing a limited-edition 125th Anniversary Souvenir Album. If you, your mother or grandma are SGGS alumni, and you have any old photos from your schooldays, please contribute to this Souvenir Album!

Please share your photos, stories and memories with us at: sggspenang@yahoo.com 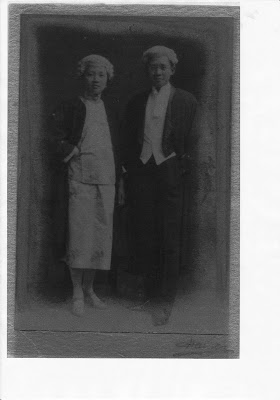 Lim Beng Hong @ Mrs B.H. Oon
Oon Beng Hong, better known as Mrs. Oon, was the first Chinese woman to be called to the English bar in 1926. She returned to Penang and opened up practice as Lim & Lim, Advocates & Solicitors. Her legal career lasted 50 years.
She was said to be a courageous, singular minded person and as Defence Counsel in the Emergency, she was said to have traveled around in Malaya without escort in the process of duty. She was a founder member of the Old Girls Association of St. George's Girls School and the Malayan Chinese Association.
In 1949, she was appointed a Federal Legislative Councillor and in 1951 was awarded the Order of the British Empire for her public services.
She served as member of the Butterworth Town Council from 1954-56.
In 1971, she became the first President of the International Federation of Women Lawyers with H.Q. in New York, which was a great honour to the legal profession.
She was awarded the Pingat Tun Fatimah in 1974.
The older generation of Malaysians will remember how she unwittingly caused the famous Craven 'A' boycott over a 'clash' with an executive of Craven 'A'. The news media was so good, in the absence of interesting news, and the Chinese were so supportive of a lady lawyer, that the Craven 'A' business was affected. 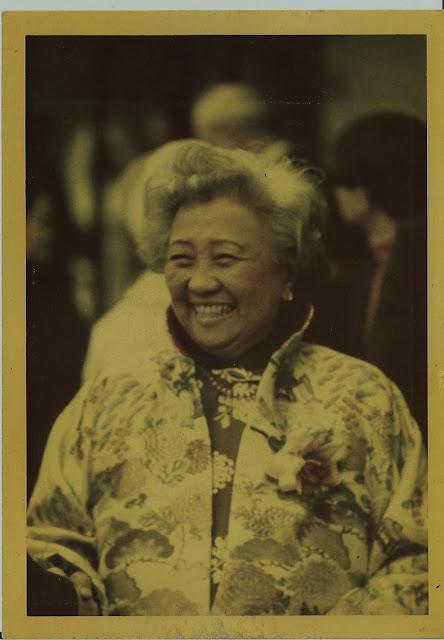 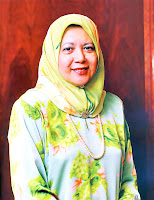 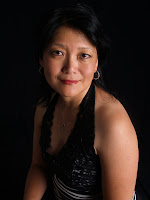 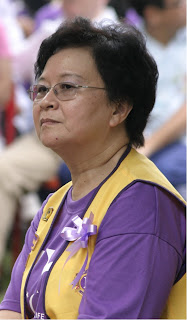 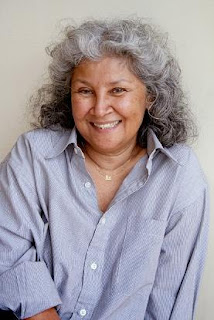 Dato’ Faridah Merican
Known today as 'the First Lady of Malaysian theatre', Faridah is a direct descendant of the famed Kapitan Keling.
Her acting career started in the late 1950s while studying at the Kota Bahru Teachers' Training College. After moving to KL in 1959, she joined the circle of intellectuals and artists who formed the core of Malaysian theatre as it entered the postcolonial era. In the early 60s, she joined Radio and TV Malaysia as a part-time broadcaster, programme host and national newsreader. Simultaneously, she was involved in the formative years of Malaysian Advertising, and is today, a member of the board of directors at Ogilvy & Mather. She also sits on the board of WWF and several other institutions.
In 1989, Faridah co-founded The Actors Studio with her husband Joe Hasham. As the first privately owned and operated theatre venue in Malaysia, The Actors Studio was instrumental to the growth of the performing arts in the country. Faridah has, more than anyone else, guaranteed certain continuity in mainstream theatre by bridging the generational gap, working extensively with young people today. Her philosophy that ‘Performing Arts belong to all Malaysians’ has helped unite all practitioners and instilled a sense of community within Malaysian Performing Arts. Her role in the arts has expanded from that of actress to director, producer and mentor. She is a tireless advocate for the arts, taking the message of a cultured Malaysia to the man on the street, corporate gurus and heads of government. In recognition of her multifaceted creativity, tenacity in democratising the arts and her commitment to developing new opportunities, Faridah was awarded the BOH Cameronian Lifetime Achievement Award for 2004.
-------------------------------------------------------------------------------------------------- 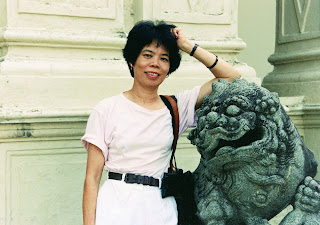 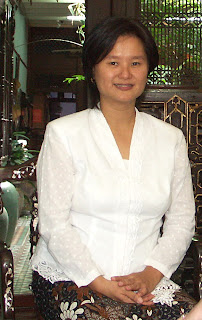 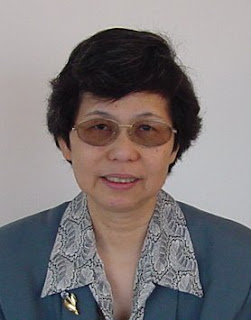 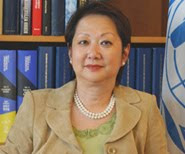 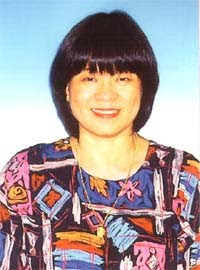 Khaw Choon Ean
Khaw Choon Ean, née Teoh Choon Ean, (Sixth Form class of 1972) stands tall as one of the country’s pioneers in the field of gymnastics in Malaysia. From an early start in the gymnasium at St George’s, training with her teachers Mrs Koay Teng Hay and Mr Lim Chong Ghee, Choon Ean went on to win medals in state and national competitions. She was also captain of the gymnastics and swimming team and house captain for Mahsuri House. 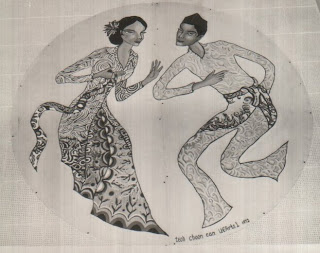 Epitomising the can-do spirit of St George’s, Choon Ean’s achievements were not limited to the domain of sports: she was the editor of the school magazine editorial board, as well as being a school librarian and prefect. Choon Ean was also an accomplished artist in school. Her circular wall mural, ‘Malay Dancers’ hung in the School Hall for many years.
Choon Ean later trained as an artistic coach, and later became the first Malaysian woman to be appointed a Fédération International de Gymnastique (International Federation of Gymnastics) judge, an appointment she held from 1977 to 1985. Choon Ean was instrumental in the creation of the Malaysian Gymnastics Federation and helped set up the teaching of the sport in schools throughout Malaysia. For her achievements, Choon Ean was conferred a multitude of awards, among them the inaugural Women and Sports Award from the Olympic Council of Malaysia, the Diploma Achievement Award for Women In Sports from the International Olympic Committee. Choon Ean was the first woman in Malaysia to be awarded this. She also received a Meritorious Service Medal (Pingat Jasa Kebaktian, PJK) from the Sultan of Selangor for her outstanding contribution to sports. 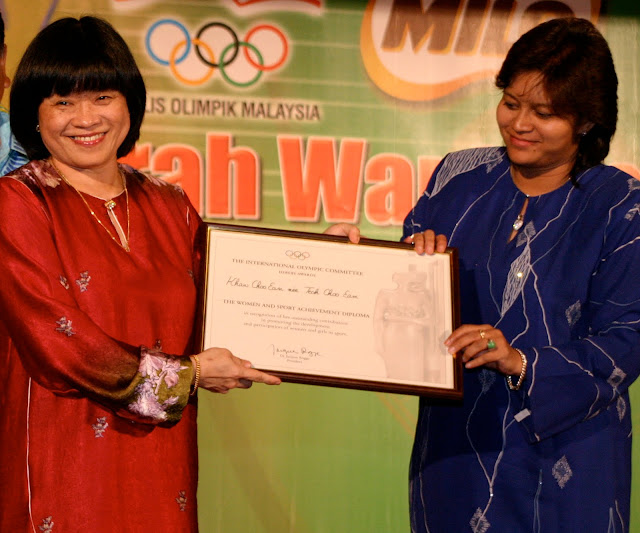 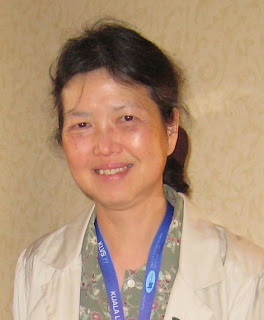 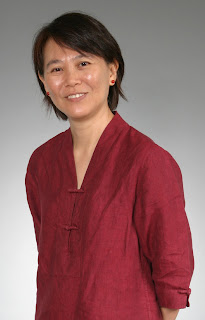 Dr Chee Heng Leng
Dr Chee Heng Leng studied at St George’s from 1970 (Form 4) to 1973 (Upper 6), after which she headed for the United States where she had been offered a scholarship to study at Wellesley College, Massachusetts. She graduated in 1977 with a Bachelor of Arts with honours in biological sciences, and then went on to study for her M.A. in nutritional sciences at the Harvard School of Public Health. She returned to Malaysia in 1979, and was employed at the Universiti Putra Malaysia.
In the 1980s and 1990s, Heng Leng, with the spirit and determination often encountered in many St George’s alumni, participated actively in the movements for social change in Malaysia. She was one of the founding members of the Women’s Development Centre and the All Women’s Action Society. In 1987, during the infamous political crackdown on opposition leaders and social activists known by its police code name, ‘Operation Lalang’ (‘Operation Weed’), Heng Leng was detained for 10 months alongside many other activists. The 27 October incident saw the arrest of 106 persons under the Internal Security Act and the revoking of the publishing licenses of two national newpapers, The Star and Sin Chew Jit Poh.
After her release, Heng Leng resumed her academic career and went on study at the University of Malaya in 1990, obtaining her PhD with a dissertation on community health. After many years of teaching and research in the field of public health at the Universiti Putra Malaysia, she left in 2003, and joined the Asia Research Institute, National University of Singapore, where she is currently a Senior Research Fellow.

SGGS Penang
Georgetown, Penang, Malaysia
As a missionary school, St. George's was started by the Colonial Chaplain's wife. The official opening took place on 7th January 1885 at "The Manse", which stood by the northern beach at Farquhar Street. With Miss R.A. Shackleford as its first principal, the institution offered an English education to the sheltered daughters of Penang society, and today is the alma mater of many eminent and illustrious ladies who have made their marks both in Malaysia and the world.